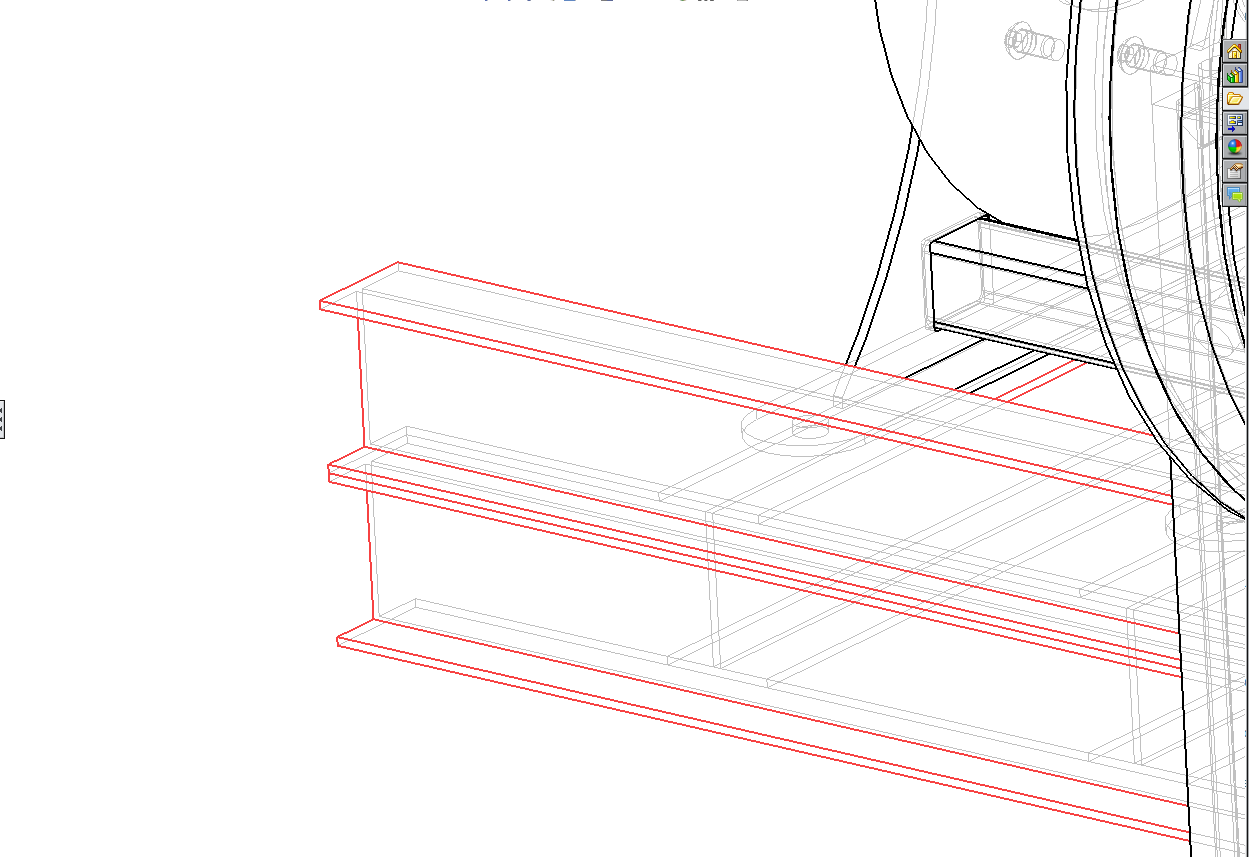 so there is another 3/4ths of this assembly other than this picture, but it gets the point accross.

so i made a post last week about how things are .000007 off angle, and i have found that it happens to anything that i mate with these red I beams. there are no errors on them, nor any mating errors that it shows, but they are outlined in red. i'm not sure if that is because i uploaded a custom material, or if its just red because its red. but they are giving me all sorts of issues like i can't apply a width mate to it, and they also refuse to fixate. it says they fixate, but still move in the mating process. and unfortunately these are kind of the base for the entire assembly so one does not simple just remove and replace.

Its not an error. Its the appearance that was applied to the beam affecting the line colours. You'll need to clear them.

See, I cleared my red lines by removing appearances of the part.