I have an assembly containing a substantial amount of parts, each containing a single, flat surface. The purpose of this particular assembly is to nest these parts on plywood sheet dimensions to estimate the waste and cost, as well as produce the final DXF drawings to be sent to the CNC. My assembly looks something like this: 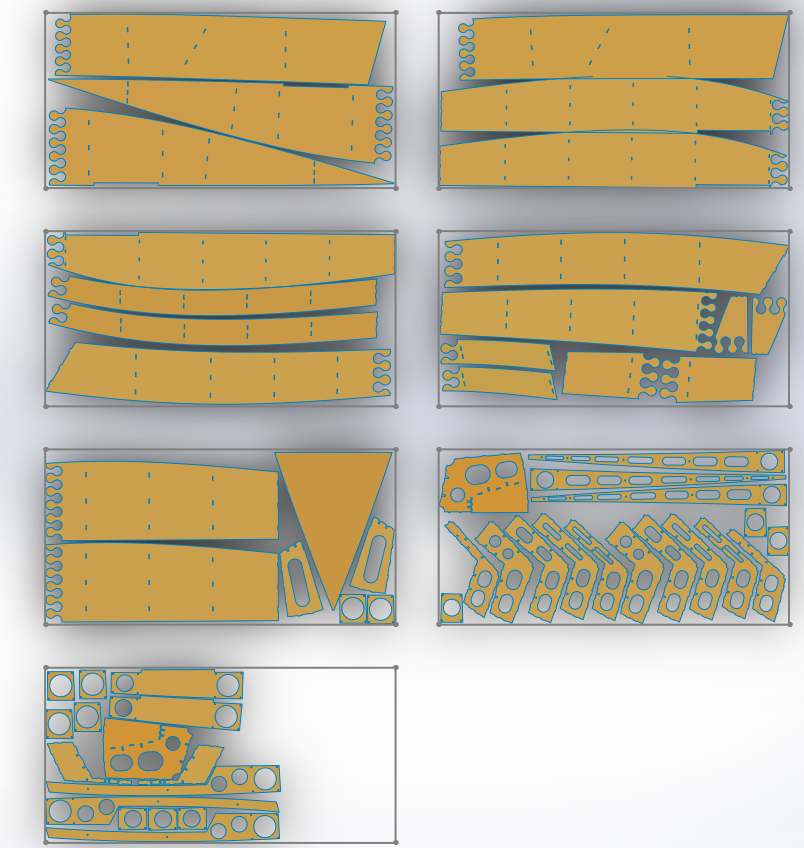 As you can see, I tried my hand at manual nesting, but it is quite labor intensive and likely not very optimal. I would like to export every part in this assembly to a separate DXF file, so I can import them to some freeware nesting applications, and see if they can do a better job. I know Solidworks has one or two addons to do nests, but preliminary testing doesn't warrant buying them just yet.

So, the question is, how can I export every part in the assembly to a separate DXF file, so I can them import them in bulk to other applications? Every part has just one surface, all these surfaces are flat, and they are all mated to Top Plane in the assembly. I know that there is a Export To DXF option when selecting a face in part edit mode, but it's too labor intensive for so many parts, especially considering this will be had to be done often. Is it possible to do it with default Solidworks functionality, or do I have to write a macro? Perhaps someone has written one already?

This content has been marked as final. Show 3 comments